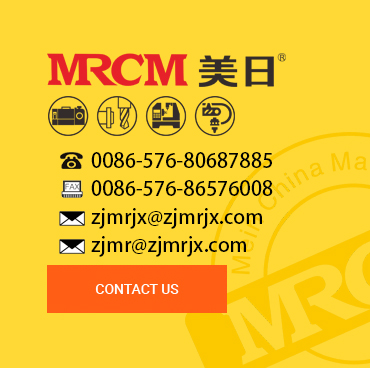 A better world starts at home

In 2020, the world will mark the 75th anniversary of the liberal international order. Most agree that this framework－comprising the United Nations, the International Monetary Fund, the World Bank, and other multilateral institutions－needs to be updated to address the challenges of climate change, widening inequality and slowing economic growth. But world-level reform will not be possible without first building more cohesive and sustainable societies. One way of doing that is through "assemblies of citizens" of the kind pioneered by Ireland and other countries.

This year, several crucial international institutions once again showed they were ill-equipped to meet today's challenges. The European Union remains paralyzed thanks to the United Kingdom's torturous Brexit process. The US administration has sidelined the World Trade Organization by blocking appointees to the WTO's dispute-settlement body. And the UN suffered a major setback when Chile announced it could not host this year's UN Climate Change Conference.

These examples suggest that our ability to marshal collective responses to major challenges is under threat. But reforming any one multilateral institution will not fix the problem if its member states－and the communities they represent－remain divided along political, social and economic lines.

After all, the Brexit crisis is not about EU decision-making in Brussels; it is about polarization in the UK. The WTO's crisis stems from the gridlock in Washington, and disagreement among member states over how to update the rules of trade. And the last-minute cancellation of the climate conference was a consequence of social unrest in Chile, not a lack of enthusiasm among international leaders.

Rather than focusing on the pinnacle of the global-governance pyramid, we should be tending to the fractures in its base. And yet, in many countries around the world, divisions among voters have made it increasingly difficult for political leaders to implement reforms. Voters are increasingly polarized, and politicians who try to find common ground are often punished at the ballot box.

Ireland offers a promising model for escaping this catch-22. For decades, abortion was political kryptonite for Irish policymakers. But then Ireland tried a sociopolitical experiment that is fit for our age of division: it convened a citizens' assembly to devise abortion legislation that a broad base of voters could support.

The Irish assembly selected 99 citizens (and one chairperson) at random to convene a body that was "broadly representative of society as reflected in the census, including age, gender, social class, regional spread". As such, it achieved a much wider diversity of views than one finds in the established political system.

But the assembly also followed rules that were designed to foster unity. As in many parliaments, members had an equal opportunity to speak, and all deliberations were public. And from the start, members also pledged to respect each other's viewpoints, and to sit at the same table as those with whom they disagreed.

The public closely followed the proceedings of citizens' assembly, creating a unique sense of broad-based political participation. People cared deeply about the topic being discussed, but they also learned to appreciate the views held by those on the other side of the table or TV. Ultimately, the assembly issued recommendations, including legalizing abortion, which were then put to the public in the form of a referendum. Many of its proposals are now law.

If we want to overcome political divisions elsewhere in the world, we should champion this citizen-assembly model. By design, deliberative gatherings of ordinary citizens－whose primary task is to reach agreement, rather than get re-elected－can bypass political antagonism and move toward pragmatic solutions to specific issues. Although they cannot replace democratically elected legislatures, they should supplement them when needed.

Similar "stakeholder" approaches have helped elected leaders confront major challenges in other cases. In France, the "yellow vest "protesters (gilets jaunes) this year softened their tone once President Emmanuel Macron organized a "Grand Debate" for citizens to engage directly in town hall-style meetings across the country. In Belgium, a recent gathering of stakeholders in Antwerp produced a resolution to settle disagreements over a major infrastructure project after decades of inaction. And in Gdansk, Poland, a citizen assembly achieved what Tin Gazivoda of the Open Society Initiative for Europe described as "binding changes in city policy on flood mitigation, air pollution, civic engagement, and the treatment of LGBT people".

Once our societies have become more united around at least some common ground, it will be easier to create momentum toward solving international problems. When people are satisfied and optimistic about the direction of their life at home, they are more willing to take on the larger challenges that they share with people elsewhere in the world. Here, too, we should apply some of the same principles: international governance should reflect the diversity of international society, not just elites or other select groups.

This, then, is my wish for 2020: That we mend national-and local-level divisions through citizens' assemblies, and that we bring the same stakeholder approach to our international institutions. We must move quickly if we are to solve the major challenges of our time, from climate change and rising inequality to slowing growth and new concentrations of power－all of which threaten the well-being of citizens everywhere.